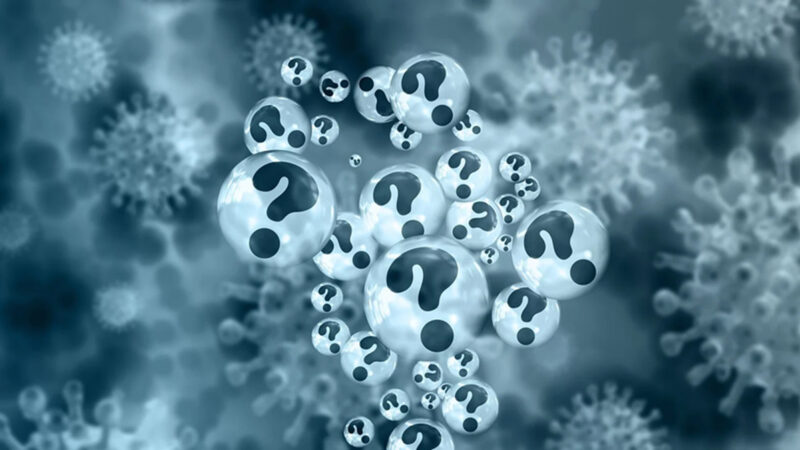 [NTD News February 15, 2021, Beijing time]The CCP virus, which has lasted for more than a year after being mutated in the UK, is spreading at an alarming rate. Especially in the United States, mutant viruses are doubling every 9 days. Foch, director of the National Institute of Allergy and Infectious Diseases, estimates that by the end of next month, mutant viruses may sweep across the country and will become the main strain.

On February 12, the British government released a research report showing that the Chinese Communist virus (Wuhan pneumonia) mutant strain “B.1.1.7” that appeared in the United Kingdom in September last year has not only increased its transmission power by 30% to 70% as before, The risk of hospitalization increases, and the fatality may be 30 to 70% higher than the original virus strain.

The London School of Hygiene and Tropical Medicine (LSHTM) published a study on the website “MedRxiv” on the 11th of the preprinted medical paper, and analyzed 3,382 deaths from the Chinese Communist Party virus, of which 1,722 were infected with “B.1.1.7” and died. It is 58% higher than other strains.

Neil Ferguson, an epidemiologist who serves as a scientific adviser to the British government, said on the 13th that the above data showed that “B.1.1.7” not only increased the risk of hospitalization by 40 to 60%, but the mortality rate was “catastrophic.”

“B.1.1.7” appeared locally in the UK at the end of last year. It has become a powerful strain in parts of the UK and has invaded at least 82 countries or regions around the world.

Scientists have found that patients infected with “B.1.1.7” have a higher amount of virus in their bodies, which may result in a stronger transmission capacity. Some treatments may lose their due effect due to this feature. Take the United States as an example, it is 35-40% more infectious than other strains in the local area.

Danish scientists have also warned that the CCP variant virus is spreading at an alarming rate. By early April, the epidemic will be even greater, sweeping like a tsunami.

According to the “Washington Post” report, the Danish National Serum Institute (State Serum Institute) is a Danish government agency engaged in disease tracking and providing advice on health policies. The director of the institute, Tyra Grove Krause, began sequencing each positive Chinese virus test in mid-January to check for mutations.

According to reports, although Denmark has adopted strict bans, the number of variant virus cases is still increasing at a rate of 70% per week in Denmark. Danish officials said that by the beginning of April, the daily number of virus cases may quadruple.

Klaus said: “This period of time is a bit like a tsunami, like you are standing on the beach, and suddenly you see all the water retracted.” “Then the tsunami swept over again and was overwhelmed.”

In an article, Danish Prime Minister Fredericksen described the astonishing speed of the variant virus. “Imagine sitting on the top floor of the Parken Stadium in Copenhagen, which is a football stadium that can accommodate 38,000 people. Fill it with dripping water from the tap.”

Frederickson said that at this rate, the stadium will be filled in 44 minutes. But in the first 42 minutes, the stadium was almost empty. “The point is, when you realize that the water level is rising, it’s too late.”

Dr. Eric Feigl-Ding, an epidemiologist at Harvard University, warned that with the emergence of a variant of the Chinese Communist Party virus, continue this way, and “we will be completely dead” in the spring.

The CCP virus started in Wuhan, Hubei Province in December 2019. The CCP initially concealed it, causing the virus to spread rapidly throughout the world. As of now, more than 100 million people have been infected and 2.4 million people have died globally.